My daughter turned 16 recently and because of this my thoughts have turned to my own death. 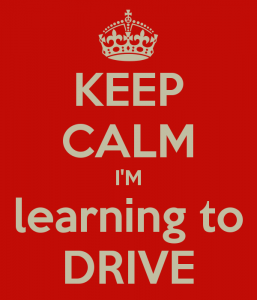 Not because I’m old, which I am, but because she’s currently learning to drive.

Let’s preface this article by saying I’m not the most patient person on the planet. I have never, not once, ever waited for a microwave to completely reach zero even if this means I am in the basement doing laundry while simultaneously counting down in my head, requiring me to bound up the stairs at the speed of light in order to open the microwave door with roughly 0.001 seconds remaining.

When a microwave beeps, it means it has won and no one likes a cocky microwave.

I can sense you all leaving this page.

Because we live in New Hampshire there is no such thing as a driving permit. Instead, the state requires the kids to spend 8 weeks in a driver education course, coupled with 32 hours of driving with the instructor. It also requires kids to drive 40 extra hours with a parent or legal guardian. These hours are kept in a logbook provided to us that will eventually be stained with our own pee because driving with kids is frigging terrifying.

I signed my daughter up at the same driving school that I attended back in 1984 when I had hair and hope for my future. Both of these things have long since left me.

It turns out that she has the exact same driving instructor that I had.

The same guy from 32 years ago.

The same guy who I thought was old 32 years ago. I can only assume he is 114 years old at this point which is actually a good thing because I know that (a) he will have no choice but to drive slow and (b) he probably uses the words “whippersnappers” and “shenanigans,” both of which I think are hysterical.

I’m curious how this driver education thing is going to work out because I’ve been driving around with her ever since she was a baby (don’t worry, we pull over to take breaks once in a while) and she has learned a couple of rules that I follow simply by being in the car with me. Some of these rules include:

I’d love to be a fly on the wall on the inside of that car when she’s driving but in hindsight that would probably be a bad idea because if I was a fly I’d probably want to, you know, actually FLY AROUND which would distract the driver and she’d probably crash. Oh, another rule:

I’ve also taken her out myself a number of times. My ex-wife has only taken her out once because my ex drives a big SUV and I drive a Honda Civic. My daughter is actually shorter than I am (she’s just under 5 feet tall) so putting her at the wheel of a big truck makes her nervous. It also makes us nervous. It makes pretty much everyone nervous. Actually, just her starting a car tends to make us nervous.

It’s been a stressful couple of months.