WARNING THIS POST MAY NOT BE SAFE FOR WORK AND HAS CARTOON DEPICTIONS OF NOOKIE STUFF AND ALSO ELVES.

It’s that time of year when Shelf Elves make their annual appearance.

For those of you who luckily have NO IDEA what a Shelf Elf is (I am so jealous of you right now), here is a little synopsis:

The Shelf Elf craze was invented by an evil genius. The Shelf Elf is a tiny, stuffed elf that is supposed to appear after Thanksgiving (or on the first of December) and is sent by Santa to keep an eye on your kids.

Every night, the elf moves. Your child wakes up in the morning and then tries to find where the elf has moved to. This gives the illusion that it’s alive, like Chucky in the Child’s Play movies but these things are way creepier.

The goal here is to give the impression that the child is now under 24×7 surveillance.

If your kid is an asshole, the Shelf Elf then reports this to Santa. Santa will put the kid on the naughty list and instead of toys on Christmas morning, the child gets a Blackberry Phone with T-Mobile as the carrier.

It ends up being a great motivator for your child to not be a jerk for about 4 weeks. No one wants a T-Mobile Blackberry.

By the 5th of December every parent has bolted upright at 3 AM at least three times yelling “OH SHIT I FORGOT TO MOVE THE STUPID ELF.”

No one likes you, elf. No one.

This entire thing has been made worse with the creation of the site, Pinterest. Pinterest has all these fantastic ideas of how you should create elaborate dioramas for the elf instead of, you know, just moving it to another shelf on the bookcase. Now people are building ridiculous sets depicting snowball fights with other stuffed animals and putting Spiderman costumes on the damn elves and suspending them from the ceiling and all kinds of shit that, honestly, no one has time for except people in hollow marriages.

But I’ve gone one better.

You see, each of my kids has a frigging shelf elf, which is annoying in itself..but…

This is what happens when I’m forced to take vacation time and I have absolutely not a thing to do for the entire week.

I put the Shelf Elves into positions from the Kama Sutra which is an ancient book of positions that you can get at any sex store or in the dusty bottom drawer of my nightstand. Please knock first if you’re coming to get it from my nightstand so I can make sure I’m wearing at least a robe.

Not that I’d know that. 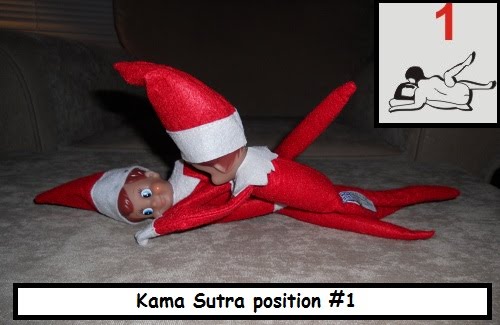 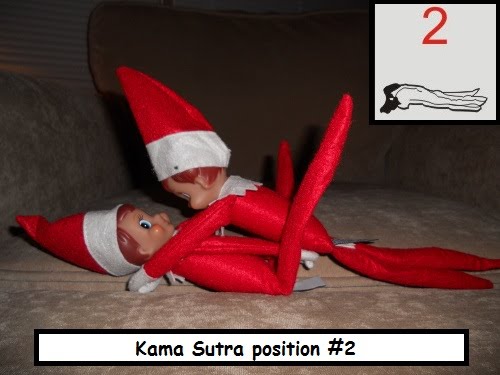 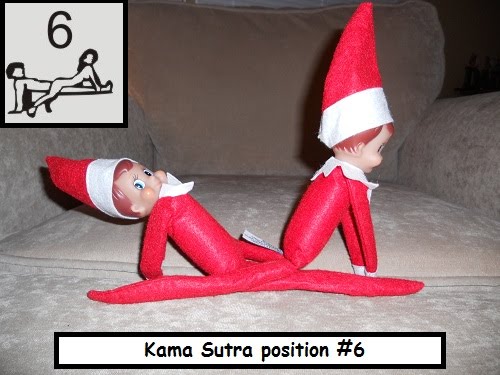 Okay. That elf on the bottom is looking pretty effing happy at this point. 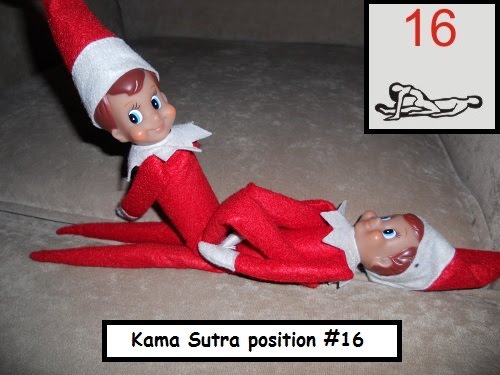 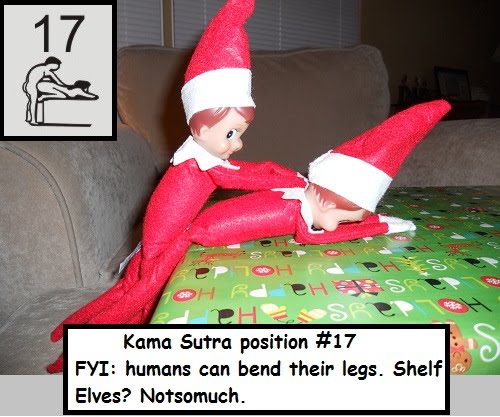 Side note: Most wrapping paper is not washable. 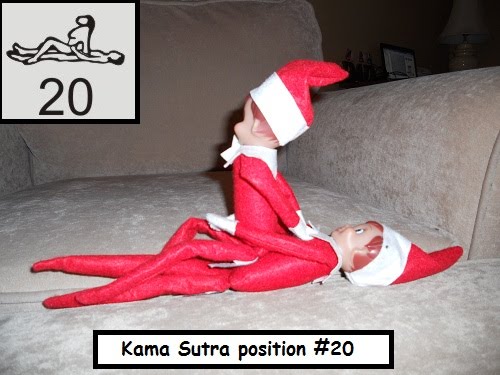 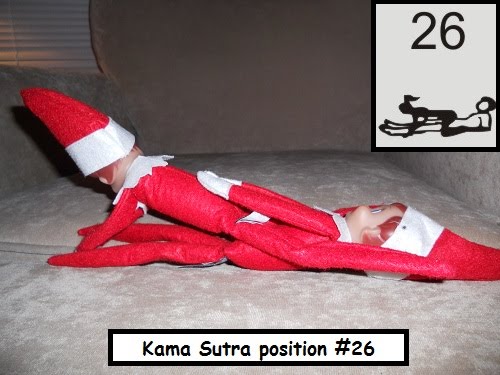 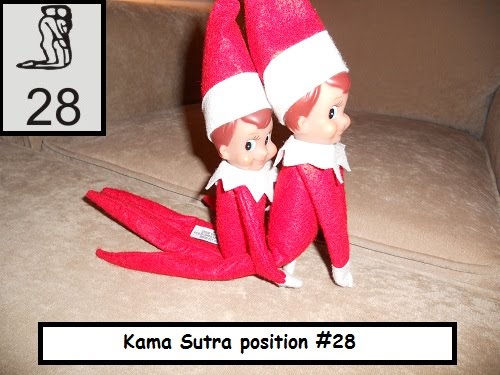 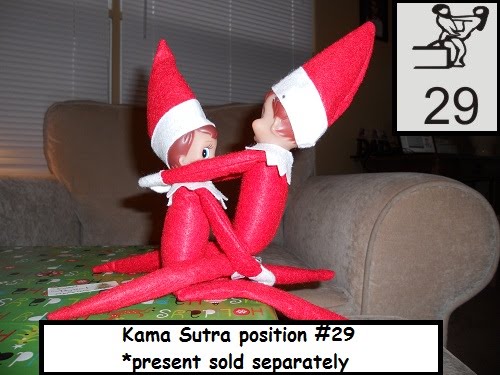 Have a very Merry Christmas.

It certainly looks like these elves are going to.