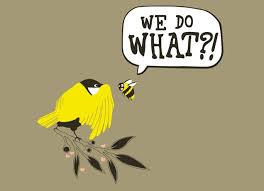 Actually, it’s probably past the time but my point is that it’s time I had ‘the talk’ with my son.

Someone please kill me in the face.

My boy, as of this writing, is 12 years old. He is as tall as I am, has bigger hands and feet and is way funnier than I am which, honestly, kind of pisses me off.

He’s a super smart little man, so I often take it for granted that he’s not even a teenager yet. Unlike his sister who has been a teenager for almost 3 years now and may not make it much past that if she keeps pissing me off.

So, yeah. I think it’s time I had the talk with him. You know, THE TALK.

I have zero idea how I am going to approach this subject. I don’t have a single clue what to say to him other than he should probably enjoy playing Halo as long as he can because, well, women are trouble and once you get hooked on a girl it’s all downhill from there. That said, I assume that when most men realize it’s time to have the talk with their son, they probably reflect back on the talk their father had with them.

I, unfortunately, got my talk around age 15 when I had already been doodling naked women and their genitalia in my math notebooks for 3 years. It’s not that I’d SEEN naked women or their genitalia but I had a good idea what they looked like and whatever I didn’t know I just covered up with squiggles of hair. Essentially I just liked to draw Bigfoot a lot is what I’m saying.

I remember my dad sitting down with me on my bed.

Apparently my dad had not had a talk with his father because essentially I was sitting here not knowing where the hell my dad was going with this OHMYGOD IS HE HAVING THE TALK WITH ME PLEASE DON’T MAKE THIS BE ABOUT MY MOTHER.

“Well…,” he continued. “Your mom has these parts that boys don’t have and..”

I looked at him, grabbed his hands, stared into his face and said, “Dad, if you continue, I will run away and never ever come back.”

“Good talk,” he said as he got up and left my room.

JESUS CHRIST THAT WAS CLOSE.

Suffice it to say I have zero idea what I’m going to say to my son.

He’s heard a lot of my stories and read some of my books so for me to sit there and tell him to not just pick up all kinds of women and not just bang them and oh yeah boobs aren’t everything seems a bit hypocritical. He also knows the meaning of ‘hypocritical’ so I’m sure he’d use it as a retort.

I guess I can probably just touch on these points (hahaha now I’m thinking about boobs again):

I have no idea. I might just wing it. Those things sound awful.

The fact that I mention his mother in one of those points also means he’ll be yelling at me to get out of his room anyway.

That’s fine. As long as he picks up his own tissues.

Any ideas? I NEED HELP.