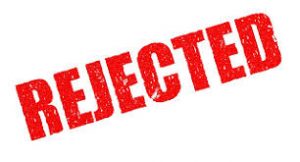 I’ve been off this site for so long I had forgotten how to log in to it. Luckily, some hackers in Europe were kind enough to reset my password for me in exchange for my ATM PIN numbers so all is good again.

I know, I know. I tend to go AWOL for a while here, but mainly it’s because I have to work and stuff. I guess this is where I ask you to buy my books via the “books” link up top because working = suckfest.

One of the main reasons I’ve been so out of touch recently is because my oldest daughter, Payton, has started applying to colleges.

I’m not terrified of her going to college. I’m actually looking forward to that because that means I can finally turn her bedroom back into a room full of pinball machines.

What I AM terrified of, though, is the cost. Apparently, even the cheapest colleges will cost you the equivalent of the Gross National Product of Nigeria (including the income of the people who helped get my passwords back). Luckily for me I started a 529 College fund for my kids back when they were little. Unfortunately I just opened it and forgot to put money into it so right now it’s only worth $26.57 so now they can each afford half a text book.

One thing that has been a shining light through all of this, however, is the partnership I have with my ex-wife.

It’s been a while, but over the years everything has gotten to the point where everyone (and I mean everyone) is getting along on both sides of the fence. When I say “everyone” I can tell you that my wife and ex-wife text each other way more than my wife and I do and even last week they went to a “painting party” together with my daughter and step-daughter. Weird? Yes. Cool? Also yes. Also cool? My daughter can drive so my wife and ex-wife both drank and my daughter drove.

But the college search has been made MUCH easier thanks to this relationship.

For those of you who are divorced, or not divorced, or are just looking for some college tips, here are some things I’ve learned along the way.

1) It’s helpful if your kid has some inkling of what he/she wants to study.

My daughter is 17 and her primary interest through high school has been getting new shirts at Hot Topic. Only at the start of her Senior year of High School did it hit her that maybe WORKING at Hot Topic for the rest of her life probably isn’t the best career choice. This meant that the first conversations we needed to have were about her interests.

In my daughter’s case, it is crime/criminology and the science behind it (she’s fascinated by Forensic Files-type shows), so we focused on looking at schools that offered majors (or minors) that had some sort of forensic study. She is also fascinated by blood spatter so it was either studying to be a forensic pathologist or a serial killer. We found more colleges with majors focusing on the former.

But there aren’t many.

The discussions typically meant both parents looking at schools, majors and the requirements to get in there. It’s important to get the other person’s thoughts on this because what you may see as a great fit for your child raises red flags to the other.

I have avoided applying to specific schools based on info provided by my ex-wife, so communication is key. For example, if your ex-wife says “it’s a party school” then she probably doesn’t want your child to apply to it but then there’s also nothing that says maybe you can’t go visit it on a Saturday night just to, um, check it out for sure [adjusts toga].

I had an idea college would be expensive. I had NO IDEA how expensive.

That said, I attended Financial Aid night with my ex-wife who is, admittedly, not the best at the financial side of things. What we found out, though, is that Federal Aid (FAFSA) relies on the finances of the custodial parent. Also, FAFSA sounds like an Indian dish with lots of curry and probably some type of crunchy stuff in it.

Regardless, in my case, the custodial parent is my ex.

This meant I was pretty much out of the woods for filing any Federal financial aid forms so hahahahahahahaha OH BUT WAIT she knows nothing about finances so that brings me to:

My ex-wife and I get along great. This is a GOOD thing because in order to wade the waters of all this college crap, you need to work together a LOT. Like, a LOT a lot.

With her as the custodial parent, and with little to no knowledge of the process, I had to walk her through the financial aid forms. This meant she needed to show me her income, taxes, etc., etc. This is interesting because most times I have no idea where my child support is going (I’ve always assumed it just goes to steak dinners at fancy restaurants and new Coach Bags because my kids have been wearing the same clothes for years). That said, we did this at my kitchen table, sitting side by side and trying to figure out things together. Unlike our marriage where the only thing we did together was sit in silence, so this was a nice change.

We also had to attend approximately 87 college tours and open houses. Obviously both parents want to see where their kid is going to college, so pretty much all of our college tours were the three of us heading up in one car. If you are not amicable with your ex, I suggest at the very least he/she sit in the back seat or outside of stabbing distance because sometimes you’re in the car for hours at a time. This usually serves as a reminder of why you got divorced, fyi.

If you and your ex do not get along, good luck. I highly suggest mending bridges here because there is zero way you’re doing this on your own.

I also suggest taking separate cars if your ex-wife has a chest cold because she passed it right on to me who then passed it on to everyone I know on the planet and now everyone hates me even more. Like that was even possible.

There is a lot to this entire process. Luckily, things like The Common App are now available that make the process kind of like one-stop shopping (fill out one application, use it to apply to many different colleges). It’s actually pretty simple, all things considered.

I have four kids in total (two biological, two step-children) so my oldest is kind of a guinea pig for the entire thing. It has been super helpful to have someone share in this entire ordeal, and say things like, “Hey, did you look at this school” or “I looked at this one, take a look and see what you think.”

If you’re on your own and your ex is a complete asshole or wants nothing to do with this process, I’d suggest contacting your student’s Guidance Counselor. THIS IS WHAT THEY DO. My daughter’s counselor has done a TON of stuff in helping us out as an additional resource.

Buckle up because, no matter what, you’re in for a bumpy ride.